Difference between revisions of "DataWork Survey Round"

This article describes the organization of a Survey Round folder inside the DataWork folder in DIME's standardized template for how to organize a the data work in project folder.

Subfolders in each Survey Round

These are the folders that iefolder creates inside the survey round folder: 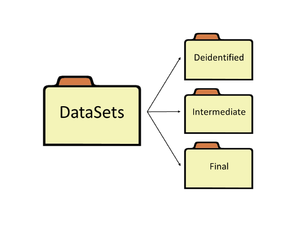 Image 4. Example of a DataSets folder. (Click to enlarge.)

The DataSets folder inside a Survey Round folder should be further divided into two sub-folders. These folders are called Intermediate and Final, see image 4 for an example. Final has strict rules on which datasets can be saved in that folder (see below) but any data set you are currently working on can be save in Intermediate. It is not recommended to create a Raw data folder here, see below for reason why.

Why no Raw Folder?

It usually a bad practice to create a folder for raw data in the DataSet folder. The reason for that is that raw data almost always include identifying information and the DataSet folder is not in the encrypted branch of the DataWork folder. Instead, if you are using iefolder there is a folder created for raw data in side the encrypted branch. See the section on encrypted raw data below. If you de-identify a raw data set, it is no longer in it's original state, and you should save it in the intermediate folder.

If your project only uses public data, then feel free to create a raw folder here for your convenience, but make sure that there is no private information before you do so and read the best practices in the encrypted raw data section.

This folder should contain all datasets that are not supposed to be either in the Raw folder or in the Final folder. Raw datasets on which simple changes has been made as mentioned above should be put in the intermediate folder. Since this is a work-in-progress folder there are no specific rules how this folder should be organized. It is still a very good idea to keep it organized in sub-folders, but if there is any folder in your DataSets folder where some mess is alowed, then it is this folder. And read the naming convention before thinking about saving multiple versions of the same data set named _v1, _v2 etc. 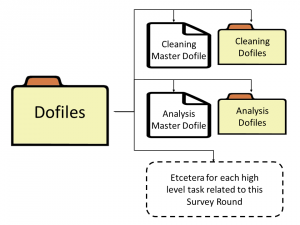 Image 5. Example of a DataSets folder. (Click to enlarge.)

Each survey round folder will also contain a dofile folder. In the top-level of this folder there should only be a master do-file and sub-folders. This master do-file is the map to where you find all do-files and all datasets needed for this survey round.

The sub-folders in this folder should be organized according to task. For example, import, cleaning, analysis. All do-files related to each of these tasks should be saved in those folders. Again, using naming conventions and version control rather than having multiple versions of the same dofile.

task level dofiles have very little technical purpose as the dofiles can technically be called from the round master dofile, however, the task level master dofiles are critical for documentation for the data work and makes it significantly easier for someone not familiar with the code to follow the data work.

The output folder should also be organized in sub-folders. Which sub-folders thatare needed depends on what is outputted and the method to do so. If, for example, both tables and graphs are outputted then it probably makes sense to have separate folders for each of them. In these folders there should be sub-folders called raw and formatted if thatis relevant. Examples when that is relevant is if tables are exported in .csv format and the data is used as input in the formatted file, or for when single graphs are outputted to disk and later combined to one graph file with multiple graphs. See our articles on exporting analysis for many more recommendations in relation to this.

This folder is one of the few examples where it could be good practice to save multiple versions of the same file. The reason for this is that it is common to compare different versions of the analysis, and it is convenient to be able to do so without using any version control software and then re-generating an old output. But do not use the convention of calling it table_v1, table_v2 etc. Call them by date, for example table_Apr30, table_Jun6 etc. Although, do not do this if the outputted file size is significant in terms of disk space. Then the multiple version of the file will soon take up a lot of space on the disk, and will make it impossible for people with a slow internet connection to connect to the folder over syncing services like DropBox.

Most Impact Evaluation projects collect data using surveys, and all the documentation in relation to the data collection should be gathered in this folder. The most important thing to document is the questionnaire, hence the name of the folder, but it is also important to save any other material that documents the survey. That includes material from the enumerator training, survey manuals used in the field, contract with survey firm, and anything else that can be used for the project team to get a better qualitative understanding of their quantitative data. 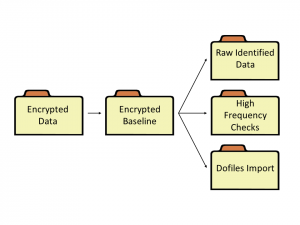 Image 5. Example of a DataSets folder. (Click to enlarge.)

Any data downloaded from the server used to collect data should be saved in the Raw Identified Data folder.

This folder should contain the datasets in exactly the same state as you got them. This includes data downloaded from the internet, data received from data collection, and data received from other projects. The data in this folder should be exactly as you got it and absolutely no changes should be made to it. Even simple changes like correcting known errors, changing variable names, changing format from csv to Stata or other formats, or file name changes should never be done to any files in this folder. The only exception to this rule is if the file name needs to be changed to be imported, then the file name changes can be done in this folder.

The dofiles used to import, edit and de-identify the raw data is likely to include idenitfying information. Therefore we need to keep those files in the encryoted folder as well.

Running these files should import the data, address any immediate issues such as missing IDs or duplicates, de-identify it and save the data set in the Intermediate folder in the DataSets folder in the branch of the DataWork folder that is not encrypted.