iecompdup is the final command in the Stata package created by DIME Analytics, iefieldkit. After data collection is complete, iecodebook allows the research team to automatically perform the repetitive steps involved in cleaning data before further analysis. As the name suggests, the iecodebook command is structured around Excel-based codebooks, which allow researchers to perform and document data cleaning tasks in Excel itself, instead of using do-files.

As its name suggests, the iecodebook command creates Excel-based codebooks. The research team can fill these codebooks with data cleaning instructions for Stata. In this way, iecodebook creates a metadata record which is easier to write than a long sequence of data cleaning commands in a do-file. These codebooks in Excel are also easier to read and understand, even if someone does not have knowledge of Stata. There are four subcommands in iecodebook to support its functions:

The most common data cleaning tasks include renaming variables, applying variable and value labels, and recoding values. The iecodebook apply subcommand allows the research team to perform all of these tasks without writing separate lines of code for each task in Stata. The following steps list how the iecodebook apply works.

The following line of code creates an apply template with the relevant dataset. The template is named filename.xlsx in this case.

The following line of code applies the changes to the dataset. It saves the codebook with the same name, that is, filename.xlsx.

The following steps use an example to explain how iecodebook apply works in practice.

First, load the dataset that you want to clean. In this case, the dataset is named "auto.dta".

Next, run the following code to create the template codebook, which is named "cleaning.xlsx" in this case.

This produces the template codebook in Figure 1, which shows the state of the data before you make changes.

Next, fill-up the following columns in the template to specify the relevant cleaning tasks:

Note: The data types are given for reference only; you cannot use iecodebook to change them. Figure 3 shows how you can make the above changes to the foreign variable. 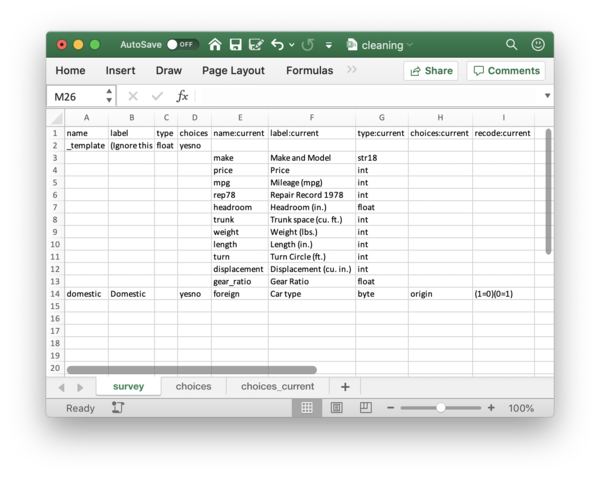 Figure 2: iecodebook apply template filled out with changes to be applied

Finally, apply the changes using the following command, and save the codebook with the same name as before - "cleaning.xlsx".

A common task in data collection is combining two or more sequential rounds of surveys, or combining similar survey instruments that were used in different contexts. This is often a tricky process, and at least one of the datasets might not be correctly updated. In such a case, simply using the append command in Stata will not provide you with the desired structure for your dataset. In such cases, it is possible that certain aspects may not be synchronized or harmonized across the two datasets, such as:

The general syntax of iecodebook template in this case is as follows:

The following is the syntax to run iecodebook append subcommand based on the rules you specify in the codebook:

The following points explain the options that are used with the iecodebook template and iecodebook append subcommands:

The following steps show how iecodebook append works in practice.

First, create two datasets that have similar data but different structures. Run the following code for this.

Note: The names of the surveys are First and Second. These names appear in the column names in Figure 3 below as follows - name:First, name:Second, label:First, label:Second, and so on.

Next, to resolve the differences between the two datasets - "data1.dta" and "data2.dta" , modify the completed codebook as shown in Figure 5. In order to harmonize the datasets, place variables from different datasets into the same row. This means that for iecodebook append to append properly, make sure that the variables have the same final variable names, labels, and value labels applied to them in the harmonization template. In our example, it means that for the variables that you want to append, ensure that each of them have the same values under name:First and name:Second columns, and so on for the label: and choices: columns.

Note: Keep the following points in mind when modifying the codebook.

Finally, append the datasets and harmonize them using the following code. Save the codebook with the same name, that is, "harmonization.xlsx" .

The combined dataset will yield the following crosstabs. If you specify the report option, iecodebook will also create another codebook titled "codebook report.xlsx", in the same location as the harmonization codebook. This report documents the final state of the dataset for quick reference.

Finally, iecodebook export provides a simple way to document the current state of a dataset, and prepares a trimmed version of the dataset for release.

The syntax for iecodebook export is as follows:

Note: Given below is an explanation of the options under iecodebook export.

Note that trim( ) is a new option and is still being developed. For example, trim( ) will not correctly parse code that relies on macros to select variables. Therefore, you should check that your results reproduce correctly after using this option.

Consider the following example to understand how the iecodebook export subcommand and the trim( ) option will work. Consider a do-file titled "analysis.do", which only contains one line of code:

Along with this, we also have the dataset we used previously, "auto.dta" dataset. Now we run the following code:

Click here for pages that link to this topic.
This page is part of the topic iefieldkit.