In many data activities, especially during data collection, the research team needs to be able to uniquely identify the data set using an ID variable, for example in back checks. Suppose household_id is the unique ID variable and household_id==123456 have been selected for back checks but two observations have the value 123456 in household_id. In this case, it is important to resolve these duplicate observations before performing the back check as the result of the back check on a misidentified might be confusing if shared with the field team. It is better to first solve the duplicate, and that is why ieduplicates return the data set without duplicates until they are solved. 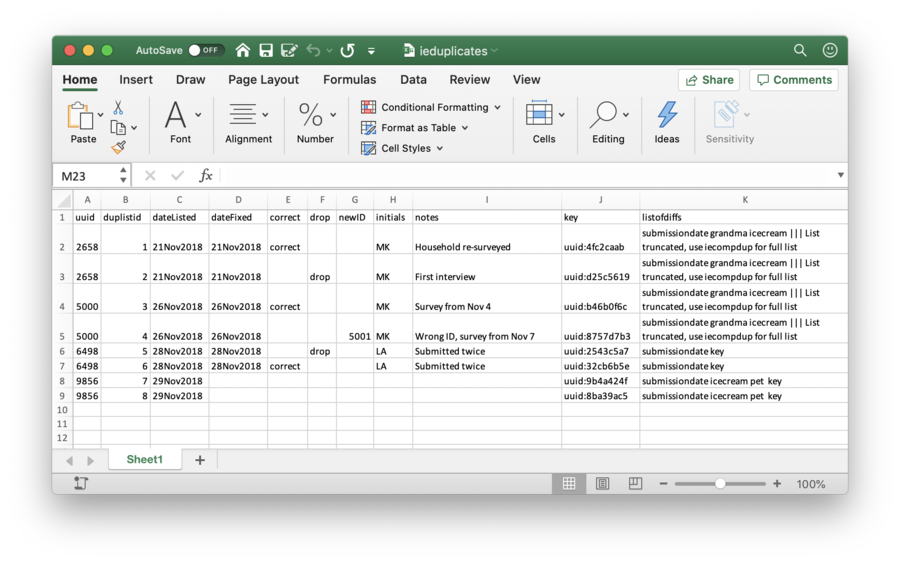