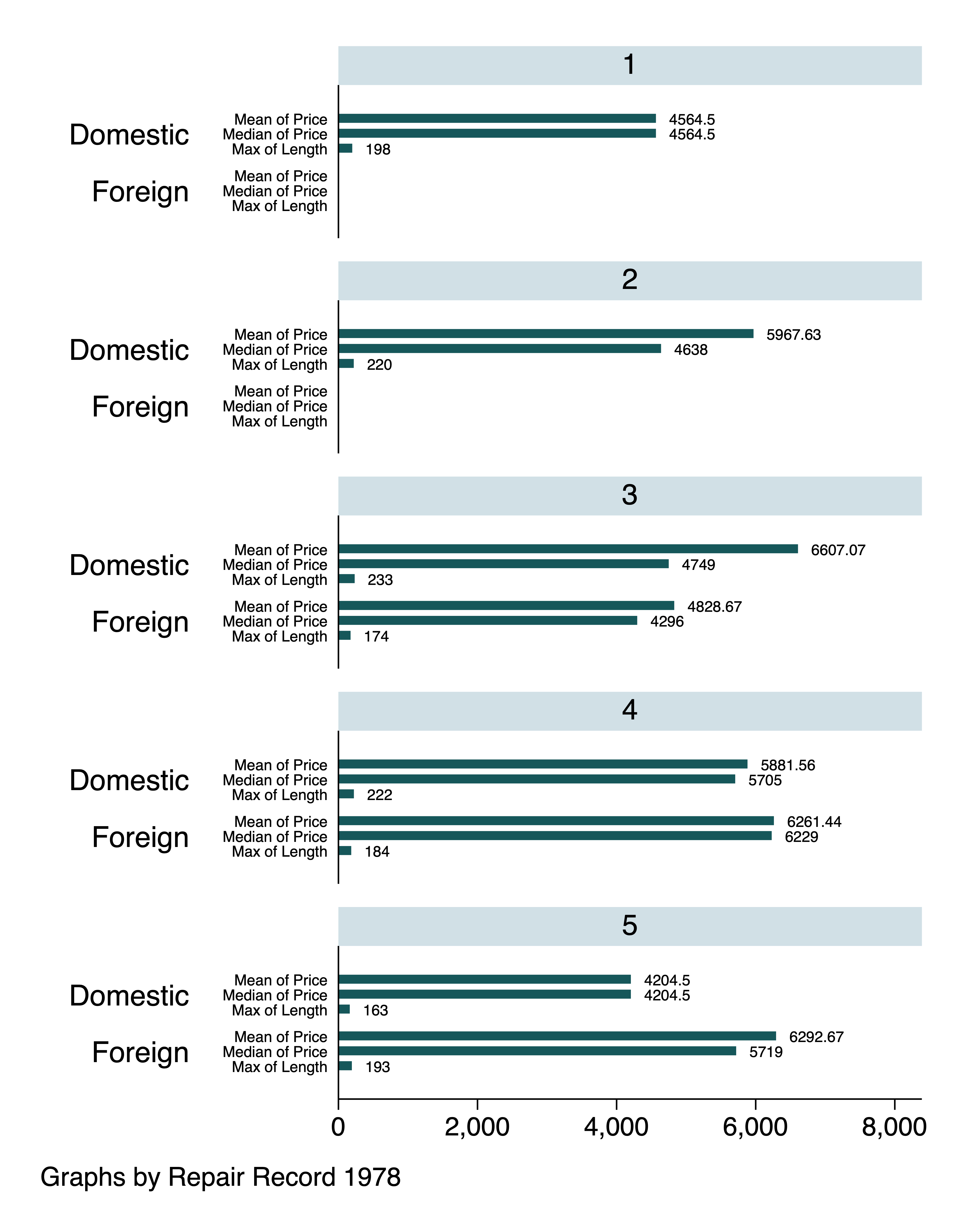 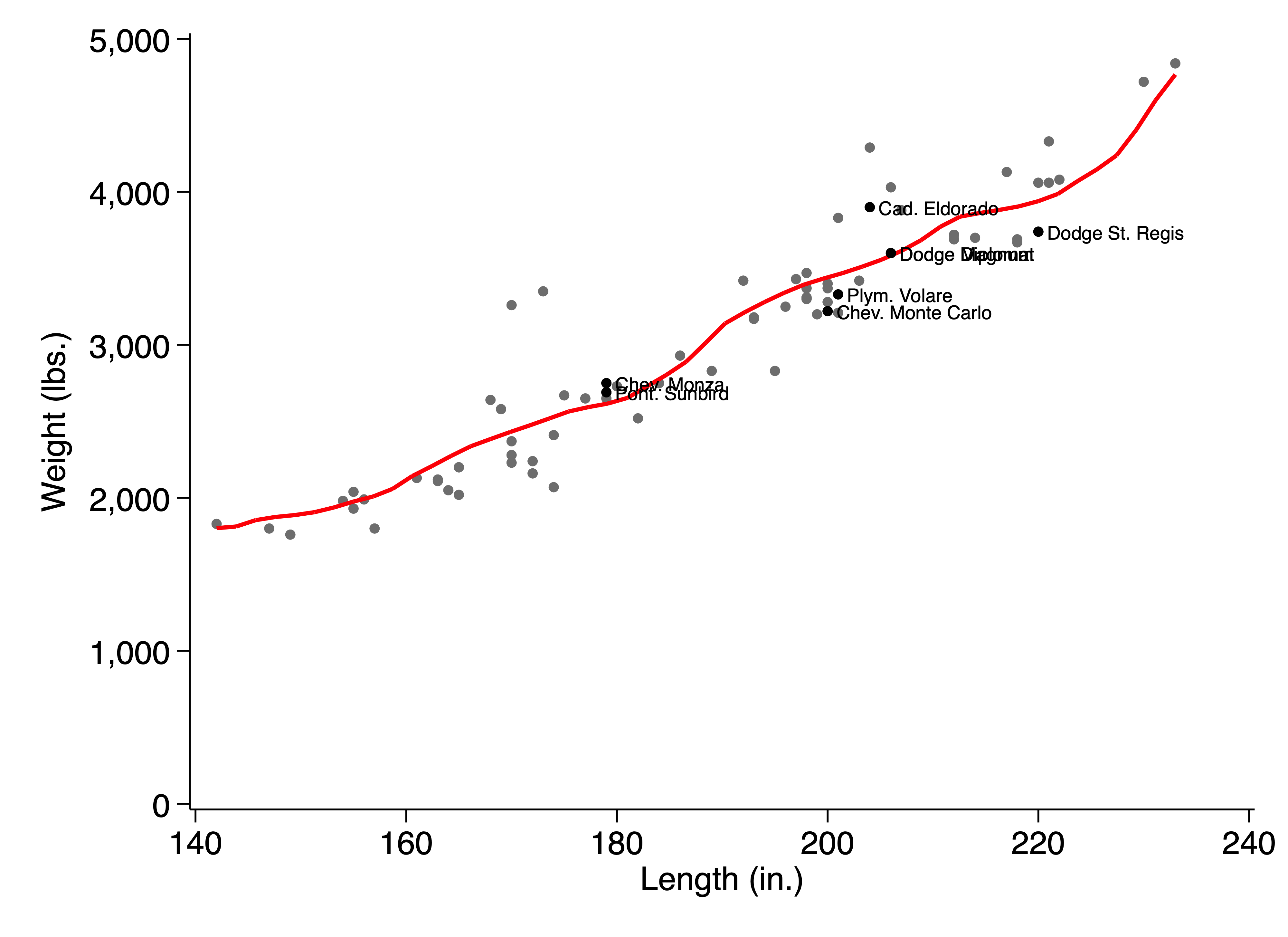 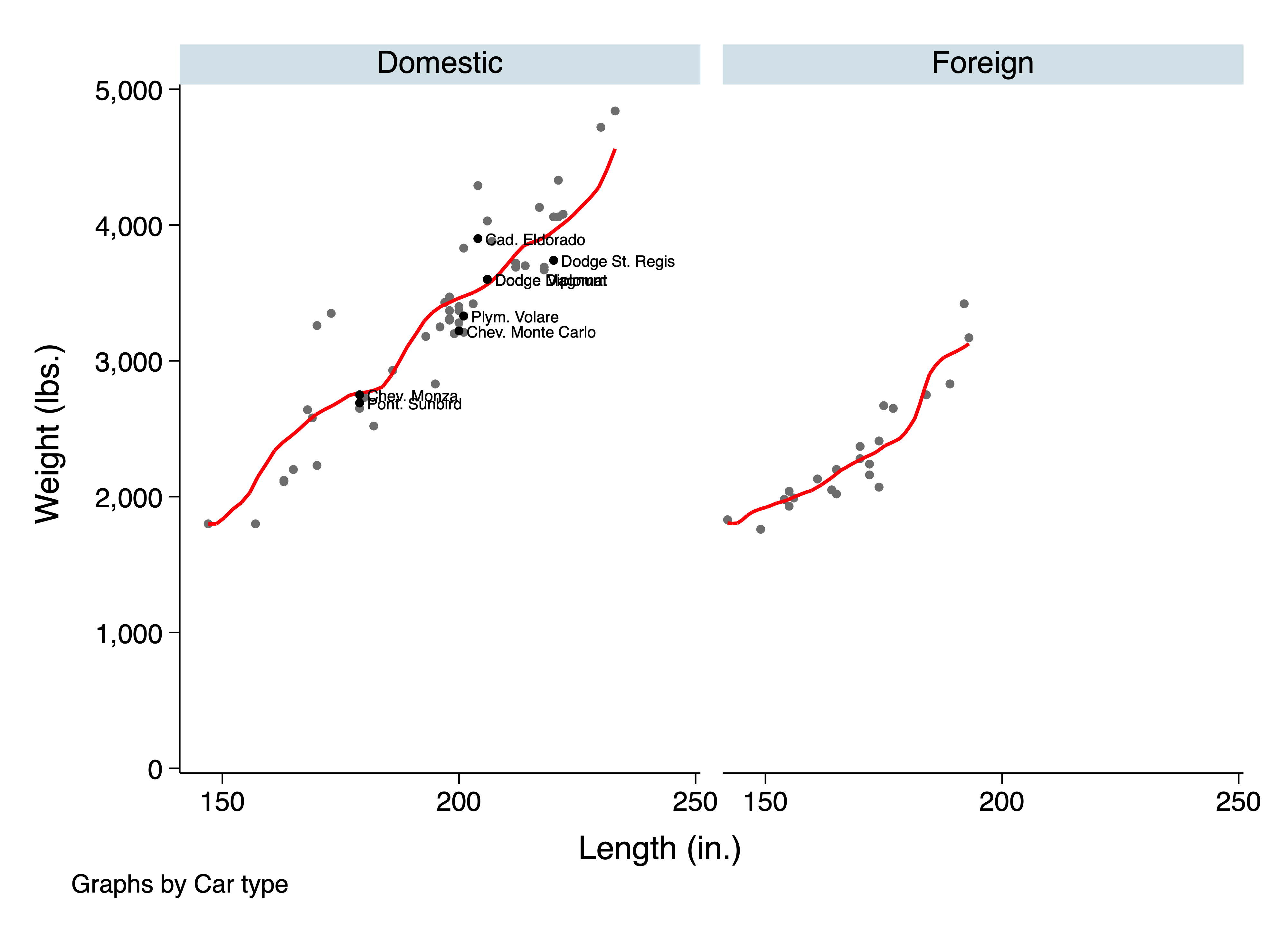 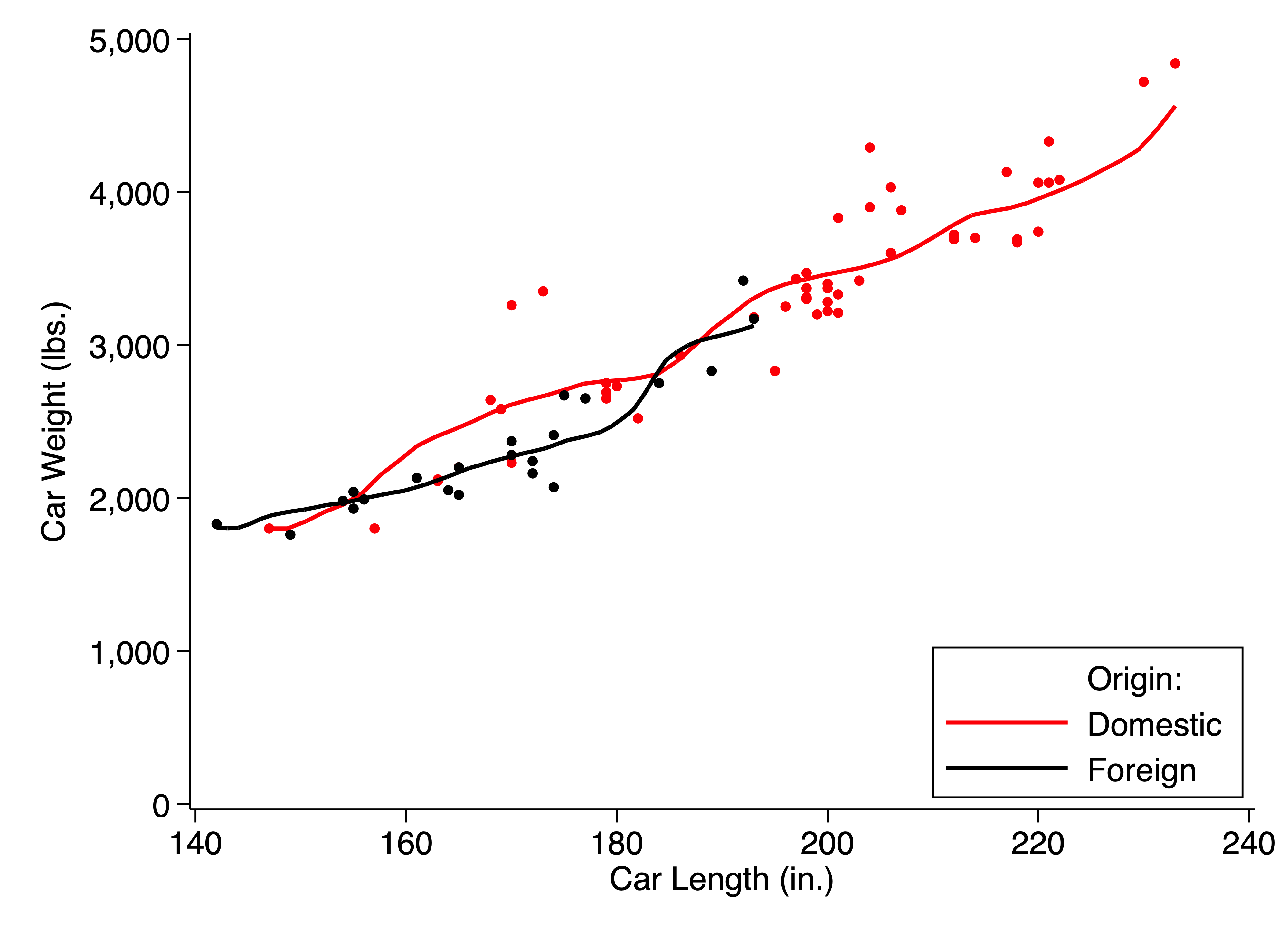 There are a small number of built-in visualization commands which do not need to be called through the graph or twoway commands. The most common are:

These can be called quickly to create simple graphs, such as using lowess price mpg, by(foreign) to create the following: 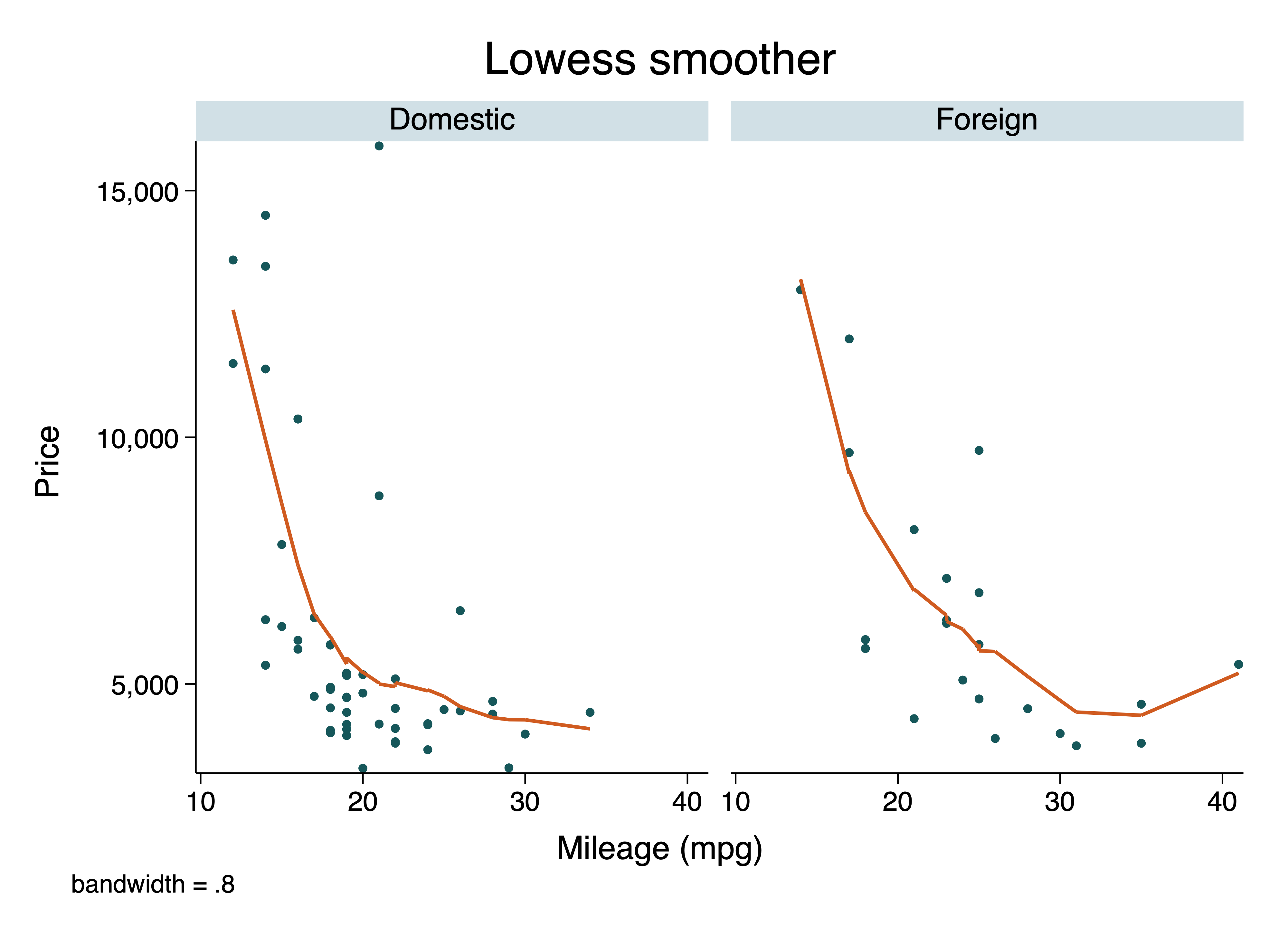 In general, however, these should be called within a twoway environment in most cases, because their behavior and options will change. For example, lpoly will not accept the by() option outside of twoway; and lowess will not create the scatterplot shown above inside a twoway environment.

There are many user-written commands that produce visualizations as all or part of their functionality. These commands are usually purpose-built and cannot be combined with others through a twoway environment. Additionally, depending on how the command is written, they may or may not take graphical options in the usual way. User-written commands will often have some set of the following features: